Presenters and faculty
will be added as time goes along

Tara Bailey is the founder and CEO of Bailey Publishing House.

At the 2021 online Chesapeake Writing Workshop, Tara is meeting with writers for add-on manuscript critiques.

Tara is a ghostwriter and author of Dracula of the West Side and Number Seven (2018). She’s the author of the dark comedy play, “Deadbeat” (2017). The play premiered on May 21, 2018 at the Pittsburgh Playwrights Theater, downtown Pittsburgh. The production was produced by Wali Jamal Abdullah and directed by Kim El.

She was the featured speaker at the Celebration of Reading in June 2017 and Pittsburgh’s Write On: Black Book Expo in November 2017. Along with speaking at book festivals, BPH hosts an annual writers workshop. She’s been a featured guest on WAMO 100 radio programs and Soul Pitt Quarterly wrote an article about her company in Summer 2017 edition. In addition to her commitment to BPH, she is also Editor-in-Chief for a personal care home monthly magazine in Pennsylvania.

E.J. Wenstrom is a published author. At the 2021 online CWW, she is offering manuscript critiques as an add-on element for attendees.

By day, E.J. is a content marketing and public relations expert. By early early morning, she’s a speculative fiction author.

She writes dark speculative fiction for adults and teens, including Royal Palm Literary Awards’ Book of the Year, Mud, the first novel in her Chronicles of the Third Realm War series, and her young adult debut Departures, releasing in August 2021.

When she isn’t writing fiction, E. J. Wenstrom is a regular contributor to DIY MFA and BookRiot, and co-hosts the FANTASY+GIRL Podcast.

Julie Eshbaugh is a published author of young adult fiction. At the 2021 online CWW, she is offering manuscript critiques as an add-on element for attendees.

Julie lives with her husband and fur babies in Bucks County, Pennsylvania. Early on, Julie focused her artistic energies on filmmaking and online video. She made two short films and spent several years producing a web series for teens that became an early YouTube hit and received several honors from the Webby Awards.

Julie’s new YA fantasy, Crown of Oblivion, was released by HarperTeen on November 12, 2019. She is also the author of Ivory and Bone, (HarperTeen 2016,) and its sequel, Obsidian and Stars, (HarperTeen 2017.) Find all her books here.

Julie is a member of the group writing blog Pub(lishing) Crawl.

Leticia Gomez is a literary agent and the founder of Saavy Literary.

Ar the 2021 online CWW workshop, she is teaching a class and also meeting with writers for one-on-one virtual pitches.

Leticia has been working in the publishing industry for more than two decades. During this span of time, she has published her own newspaper, authored and published three books, edited numerous fiction and nonfiction manuscripts written in both English and Spanish that have gone on to publication. Thus far in her career as a literary agent she has placed close to 200 books with independent and mainstream traditional publishers.

At the present time, Savvy Literary Agency is interested in reviewing compelling and commercially viable book proposals and manuscripts written in English or Spanish in the following genres:

In January of 2007, she launched Savvy Literary, becoming one of a highly select group of agencies in the world that specializes in the Latino book market and offers literary representation in English and Spanish. Since its inception, the agency’s prime directive has been to professionally, diligently, and tirelessly represent Latino and other ethnic minority writers since oftentimes they are misrepresented or worse yet not represented at all in the publishing and film/television industry. Although Savvy Literary has evolved through the years and is now an industry leader by also specializing in Business and Self-Help, Suspense/Thriller, and the Young Adult market, championing the work of minority authors continues to be a top priority for the agency.

In partnership with Ascendant Group, one of the leading branding and marketing firms in the nation, Leticia offers an even greater level of support to aspiring authors. As president of the company’s entertainment division, she has distinguished herself as a literary/film/television agent who can communicate effectively with the authors she is representing. She has helped her clients secure deals with the largest publishers in the world. In addition, she has seen several of her projects successfully optioned for TV and film rights. She is currently an Executive Producer for Bridges, an independent feature-length film starring Chris Routhe. Blending her experience as an author, literary/film/television agent and acquisition editor, she is now truly excited to spearhead her very own Hispanic book imprint Café con Leche Books (www.cafeconlechebooks.com).

At the 2021 online workshop, Kelly is teaching a class, and also meeting with writers for one-on-one virtual pitches.

Kelly has nearly a decade of experience in the publishing industry. She cut her teeth in New York working at esteemed literary agencies such as Writers House and Harold Ober Associates, where she developed an eye for compelling, emotionally resonant stories, honed her editorial skills, and soon grew adept at contract vetting. She quickly gained expertise in subsidiary rights management, with focuses on audio rights, foreign rights, and permissions.

After relocating to Minnesota, Kelly joined Llewellyn Worldwide as their Contracts Manager across all three imprints and then moved to Quarto Publishing Group USA where she led the contract department. She has worked as a freelance editor with various publishers and is a teaching artist at the Loft Literary Center. She also blogs about writing and the publishing industry at Pub(lishing) Crawl and co-hosts the their weekly podcast.

Kelly’s career came full circle when she realized he true passions was advocating for authors. She is now a literary agent at KT Literary and is actively building a client list.

Devon Halliday is a literary agent with Transatlantic Literary.

At the 2021 online CWW, she is teaching a class and also meeting with writers for one-on-one virtual pitches.

Devon joined Transatlantic as a Literary Agent in the summer of 2020, with prior experience at Sanford J. Greenburger Associates, Susanna Lea Associates, Writers House, Maria B. Campbell Associates, and Folio Literary Management in agenting and scouting. She grew up in Athens, OH, and studied Comparative Literature at Brown University. After years in the NYC publishing scene, she has returned to Ohio and is building a list at Transatlantic in literary and upmarket fiction and niche nonfiction.

“I’ve worked with a vast range of authors across all genres, and I’m always excited to discover new subjects and ways of seeing the world. With that said, here are a few of the things I gravitate towards:”

Julie Gwinn is a literary agent and vice president of The Seymour Agency.

At the 2021 online CWW, she is teaching a class and meeting with attendees for one-on-one virtual pitches.

Julie is actively looking for diverse voices in both fiction and non-fiction and is currently looking for romance, mystery/true crime, historical and speculative/fantasy novels. In nonfiction she is looking for self-help, lifestyle, motivational and sports related books.

She was awarded Editor of the Year and Agent of the Year finalist by the American Christian Fiction Writers and is a member of AAR, RWA and ACFW.

Julie has more than 25 years of public relations and marketing experience and has worked in marketing for several Nashville nonprofit organizations, including the Tennessee Association for the Education of Young Children, the Nashville Area Red Cross, and the YWCA. She puts that marketing expertise to use in working with her authors.

Vicki Selvaggio is a literary agent with Storm Literary.

Victoria A. Selvaggio comes to Storm Literary Agency as a Literary Agent and Partner. Previously with The Jennifer De Chiara Literary Agency, she was drawn to the publishing scene first as an author. As a prior Regional Advisor for SCBWI Northern Ohio, Victoria’s desire to help writers and illustrators reach their publications goals inspired her to become an agent.

At the 2021 online CWW, Vicki is teaching a class and meeting with writers for one-on-one virtual pitches.

With over twenty-five years as a business owner, Victoria is excited to help grow the agency’s client base with talented writers and illustrators, while also helping build the agency from within with motivated agents who possess the same ideals, literary interests, goals, and approaches to the industry.As a frequent presenter at conferences, library events, contests, etc., Victoria is always interested in meeting writers and illustrators, and hearing about unique projects! While Storm Literary is primarily a children’s book agency, Victoria will be accepting pitches for new adult and adult projects from conference attendees.

She is seeking: “I am currently looking for lyrical picture books, middle grade and young adult fiction, new adult, mysteries, suspense, thrillers, paranormal, fantasy, narrative nonfiction, adult fiction but find I’m especially drawn to middle grade and young adult. I especially love thrillers and all elements of weird, creepy stuff. If it’s out of the box, and it will make me think and think, long after I’m done reading, send it to me! On the flip side, I yearn for books that make me laugh, cry and wonder about the world.”

At the 2021 online CWW, she is teaching a class on The Importance of Place/Setting and also meeting with writers for one-on-one virtual pitches.

She represents fiction for all young readers from picture books to young adult and is actively building her list. For MG and select YA, Lori seeks all genres except horror and hard sci-fi. She is interested in representing contemporary fiction told with transparency and heart and meticulously researched historical fiction that flips conventional interpretations and extends the conversation. She has a strong interest in graphic novels across genres and audiences. For Picture Books, Lori is eager to find both writers and writer-illustrators who craft stories with spare text and rich art. Learn more about Lori here. 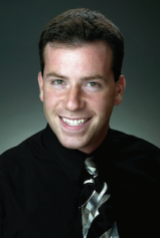 Chuck Sambuchino (@chucksambuchino) is a freelance editor, best-selling book author, and former longtime staffer for Writer’s Digest Books. For many years he edited the GUIDE TO LITERARY AGENTS and the CHILDREN’S WRITER’S & ILLUSTRATOR’S MARKET.

Chuck is the head of Writing Day Workshops. At the 2021 Chesapeake conference, he is teaching a course.

His Guide to Literary Agents Blog was one of the largest blogs in publishing, and he wrote the platform guidebook CREATE YOUR WRITER PLATFORM. His humor book, HOW TO SURVIVE A GARDEN GNOME ATTACK, was optioned by Sony Pictures. Chuck’s books have been mentioned in Reader’s Digest, USA Today, the New York Times, The Huffington Post, Variety, New York Magazine, Buzzfeed, Mental Floss,New York magazine, and many more media outlets. He is a successful freelance editor of queries, synopses, and manuscripts—seeing dozens of clients get agents or book deals following his consultations/edits. He loves meeting new writers.

Brian A. Klems (@BrianKlems) is the former online editor of WritersDigest.com.

He is the co-coordinator of the 2021 Chesapeake Writing Workshop. At the event, he is teaching a class, and offering query critiques as an add-on element for writers.

His blog during his tenure there, The Writer’s Dig—which covered everything writing and publishing—was one of the largest blogs in the writing community.

Brian’s first book, Oh Boy, You’re Having a Girl: A Dad’s Guide to Raising Daughters (Adams Media) was released in 2013. It received high-level buzz and praise from some of the funniest writers alive, including Dave Barry and Bruce Cameron. Brian is also a proud graduate of the Ohio University E.W. Scripps School of Journalism, a husband, softball infielder, perennial fantasy sports underachiever, and father of three lovely little girls.